Are you using technology … or is it using you? Part 1 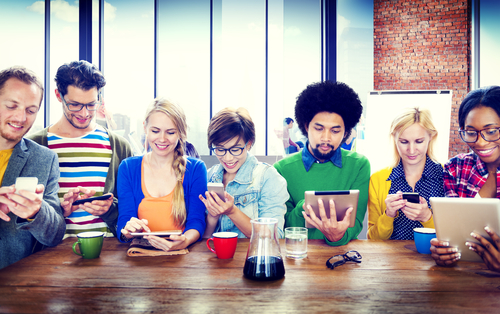 Has social media really made us more connected? A sight I see often today is a family sitting at a café: dog barking, baby crying and everyone else . . .  glued to their screens. If this isn’t ringing any bells, what’s the first thing you do when you wake up in the morning? If it’s not checking some social media platform on your phone or tablet I will be surprised.

Is anyone out there … out there?

Functions like statuses on Facebook, as well as ‘my day’ on Snapchat and Instagram give us the illusion of interaction, when in reality a lot of the time no one is replying directly to us. We put out a story for the world to see, and view other people’s stories but there is no tangible connection. Several celebrities have commented recently that fans will come up to them like they’re already best friends but the star obviously has no idea who they are. This is largely due to them being ‘friends’ on Facebook or following them on Instagram or Twitter. It gives a false sense of friendship, to the point that some people are delusional about it. This disconnect even stretches to the point that millennials are confused when someone calls them, rather than texting, as they find phone calls ‘awkward’.

I lived in a share house during university. One day my five housemates were all playing video games with each other … in different rooms/floors of the house with headphones. It was ridiculous! And do you think I could I get a response about dinner out of a single one of them? No. Because the game couldn’t be paused.  They could have all been spending time with each other in the same room, but instead were all locked away in their rooms with the doors shut. Can this isolation lead to anything good? Huffington Post tends to think no, considering that "In 2015, suicide accounted for one-third of deaths (33.9 percent) among people 15-24 years of age.” The Washington Times published supporting research stating that teens who used social media every day were “14% more likely to be depressed than less-frequent social media users”.

Cyber bullying
Cyber bullying has been largely responsible for the rise in mental health issues and suicide due to social media. Bullies can be more cowardly than ever, conveniently able to hide their face, and even their identity. Victims of this bullying can feel like there is no escape, and that the whole world is watching their humiliation, not just a few peers in the school yard. Things put up on the internet are also never able to be truly deleted, so can inflict lasting damage. 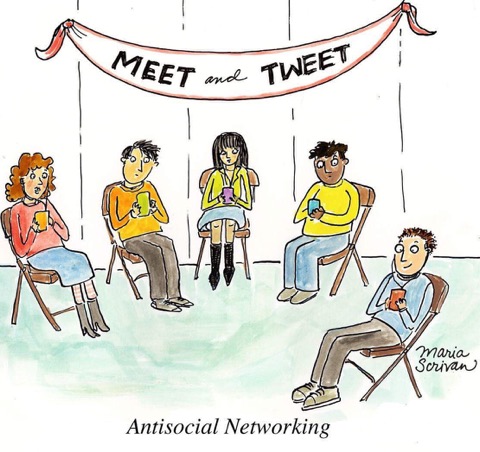 Catfishing
While not the same as bullying, catfishing is when someone enters a romantic relationship over the internet with a person who is either not what they seem, or might not even exist! It can only lead to devastation and heartbreak for the person who has been fooled, and this betrayal could lead to major trust issues in the future.

Everyone on their best behaviour – the pressure to be perfect
If you look through your Instagram feed for too long, you might start to actually believe that everyone around you has a perfect life. The pressure to be ‘Instagram-worthy’ while also being able to use the hashtags #organic and #nofilter is at an all-time high. No one wants to post photos that are less than amazing, and we all seem desperate to make all our followers jealous with how fantastic our lives are. The problem with this pressure and falseness is that if we are struggling in any way, we don’t have a safe space to let it out and seek help. On the other hand, if people do post something negative on social media, they are accused of attention seeking. You can’t win, it seems.

Using technology … without letting it use you
The amount of information that young people are sharing on the web today is a little scary. Befriending strangers on Facebook, YouTube commenting, Tumblr, anonymous chat rooms and Snapchat, as well as dating apps like Tinder all encourage young people to expose as much of themselves as possible, and I don’t just mean their phone number. This opens them up to risk of falling prey to predators who use the internet as a hunting ground, and we’ve all heard one too many stories about a lovers’ meeting going awry.

It is important that we know how to use technology responsibly, especially in places like school and university. Ask yourself: is the content appropriate and inoffensive, is the website legitimate and legal, and are there potential viruses in that link? When interacting with someone online, it is best to give out as little of your personal information as possible, especially when you first ‘meet’ them. If an online ‘friend’ wants to meet up, ask if you can bring a friend with you the first time, and make sure the meeting point is in a public place (and always tell someone where you are). Warning: if they insist that you come alone, their intentions are almost certainly bad. Be open with your parents or an adult you trust about the websites and social media platforms you are using (I know it may not come naturally)—they are here to look out for you. Just remember that if you come across something on the internet that seems too good to be true, it probably is.